A Cautionary Tale & Finding Solutions in the Blockchain

The Prior Things Story

Let me apologize in advance. This is not going to be your typical “About Us” page. This is a personal story that inspired our search for a solution. 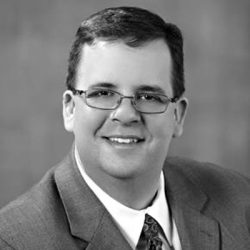 In 1997, I started a small company, PRWeb from the back room of my parent’s home in Hamilton, Texas. PRWeb eventually became a major player in the press release space as we hit our stride in early 2001. We were able to leverage some exciting online technologies to get massive online visibility for our user’s press releases. It was a great ride. Truly it was the golden era of my professional career. We had loads of fun and built a business that provided great value to our users. In 2006, we were approached by a company and eventually agreed to sell our bootstrapped company for a not insignificant amount.

In 2007 I received a phone call from the buyer asking me if I could demonstrate prior-art. Someone was claiming rights to PRWeb’s intellectual property. I went into an almost immediate panic. Back in 1997 I was not even thinking about protecting my intellectual property. I don’t think many of us were. The era of non-disclosures, patents, and provisional patents gained its momentum a few years later. But I knew this one truth. I had not borrowed intellectual property from anyone when I created PRWeb. My problem is that I couldn’t prove it. I did not think about keeping copies of my original source code.

As you can probably imagine, I was a bit panicked. I had the buyer of my company calling me telling me that someone owned the patent to the company that I just sold them. I had already placed a down-payment on a small nine passenger airplane (Pilatus PC-12) and spent a chunk of the proceeds starting a 3D printing company in Springville, Utah.

As I spoke with the company, I learned the following. Someone in about 2002 had filed and received a patent for news distribution via the internet. If a user copied and pasted a news story into a web form resulting in the news story being saved to a database for later retrieval and display they would be infringing on the patent. I might not be recalling all the details correctly, but it was nearly that stupid. The owner of the patent sold it to a group of attorneys that went around prosecuting their ‘rights.' Fortunately for us, we were not the only targets.

It wasn’t until 2016 that I discovered a unique way to protect my prior art. Like most entrepreneurs in the tech space, I had a basic understanding of Bitcoin. I never got too excited about it apart from making a small purchase of Bitcoin. I never became a bitcoin miner. In 2016 I learned more blockchain technologies, the technology stack that makes Bitcoin and other cryptocurrencies possible. The blockchain is critical to Bitcoin because it offers immutable transaction history and a full audit trail for financial transactions. More importantly, I discovered that the blockchain is not limited to financial transactions.

Seeing the potential for blockchain technologies in several markets, I started Blockchain Labs, LLC and went to work on our first project, a system to help people like us register and protect our prior art. It has been a fun journey. Blockchain today is in its infancy. Think about the internet in 1995-96. That is about where the blockchain is today.

Blockchain Labs has released PriorThings as its first product to help you create a permanent record of your prior art. You can now register your IP permanently in the blockchain and prove prior art ownership as of your registration date. We cover how we do that over here. We also provide you with tools to help you prove your prior ownership of your genius.

So what types of things can you register with PriorThings? The key is to make sure that you secure your intellectual property and creative works in the Blockchain before you share it with the world.  Here is a partial list of a few ideas.

Or anything you would mark “confidential” before sharing it with another person. If you feel the need to swear someone to secrecy before sharing your genius, secure it in the blockchain first.